Why I Said Yes 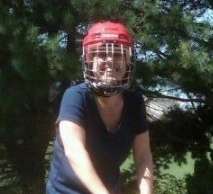 At the end of 2009, I realized that my life was in a major upheaval.  I had recently separated from my husband, spent some very ugly holidays navigating a time when people are “supposed to be” happy, warm and fuzzy, and I had no idea what was next.  My body– 100 lbs lighter– was also a new piece of me that I was navigating each time I looked in the mirror and saw her (she looked quite different only 9 months’ prior).

It was at the very beginning of the “disentanglement of my former life”– my term for this period in my life. I believe it needed a heavy, wordy phrase– because in no means was it light, easy or quick.  So many pieces of me were left in a messy knot– like the kind you pull the scissors out and start cutting because there’s no way you have the patience to unknot that hot mess.

As the new year approached, I made a pact in front of my loved ones.  2010 would be the year of yes. (Side note: Shonda Rimes wrote an inspiring and bestselling book about the same topic late last year).  Since I had no idea what I wanted, I would say yes to anything (with one caveat– it didn’t put me in danger).  Now, I will confess that some of my yes-es didn’t exactly turn out safely.  I did end up stranded out on the Chesapeake Bay one time (a story for another time).  However, I did my best to use that yardstick.  I really didn’t know what I liked, what I wanted, who I was as me going forward– it was a new experiment of trial and error and then more errors and of course, more trials. . . .

I learned– sometimes quickly and sometimes not– what I truly liked and what became deal-breakers for me.  I discovered where new boundaries lay— and quite honestly, this happened a lot by going past the boundaries and having some stark, honest conversations with myself.

It was a messy, adventurous time.  I wouldn’t want to go back there and yet the freedom of that year of yes became such a powerful force that unhinged many of the beliefs I had had about myself.  It surprised me in ways that I thought were not possible — it broke predictability.

What is out there asking you to say yes?  It may be something you’d scoff at on first blush.  I’d love you to see you say yes to something that may be expanding or even breaking your comfort zone.  Just to see and for the sheer pleasure of a new adventure.