Have you ever bathed in ice cream? 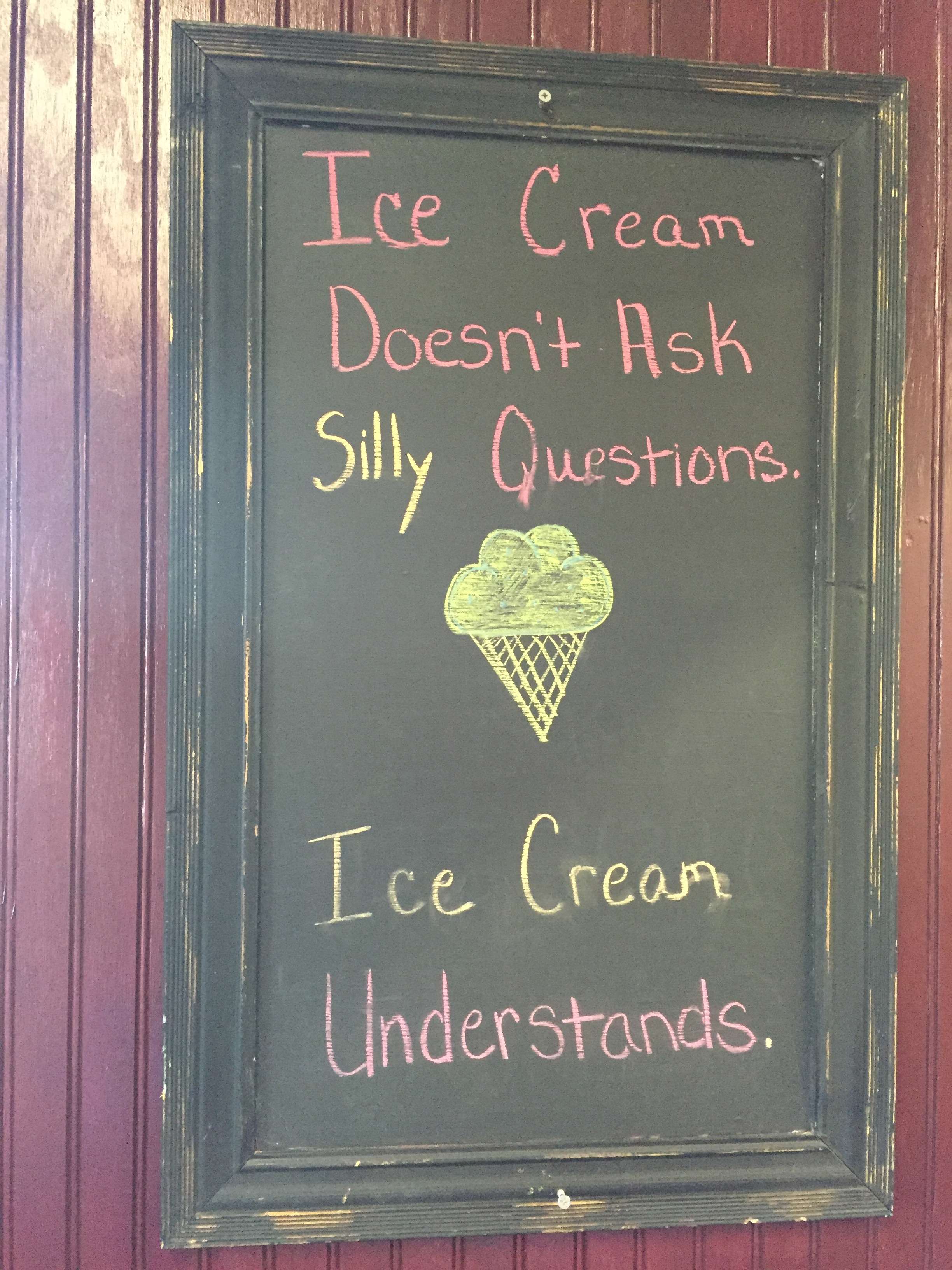 Ten years’ ago, I desperately put myself in counseling.
The weight of my life was crushing me.

At the time, I had just declared personal bankruptcy. One of my cars was repossessed in the middle of the night. I was embroiled in a 7-figure lawsuit. I was making decisions between deodorant and other household staples at the grocery store.  My house lingered in foreclosure.

I hid in my house, except when I went to work. Because we had one car and because my husband wanted it that way (and I chose not to challenge this “way”), he dropped me off at work each day.

I felt like a prisoner — at my home, at work.

Breathing in space felt like a luxury I had let slip through my soul.

I believe I told a friend that I’d be okay laying down flat on her street and letting whatever happened happen.

Later that same week, I was sitting in my counselor’s office. The lights were dim and soft as I sat on an old weary couch and looked out the tiny window at the water beyond me.

I’ll never forget what she said to me as I poured my heart out.

I was beating myself up about my weight (at the time I weighed over 260+ lbs).  I cried big salty lobs of tears  “I should be doing something about how I look”.

She looked me squarely in the eye and returned with “I don’t care if you bathe in ice cream right now. If that feels most like love in this chaos that you are treading water in, go for it”.

In that instant, she gave me permission to do whatever I needed to do to buoy my survival.  She knew the details and the plans would come later.

I needed a lifeline of oxygen to keep me treading above my life’s water line and there was no judgment from her on how I did it.  As imperfectly as it was.

All of what I denied myself in that moment of my life she gave me in that sentence.  And it is part of what helped me pull me across the waves of despair into quieter water 6 months’ later.

I never did actually bathe in ice cream– although the thought crossed my mind on several occasions.  If the opportunity ever arose, I think I would still consider it.  For fun, of course 😉